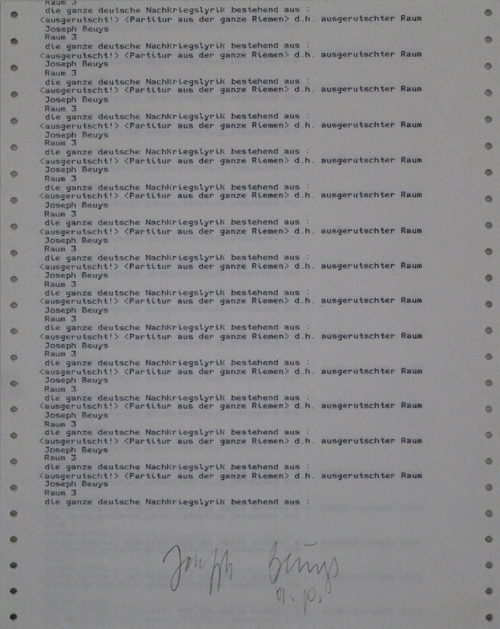 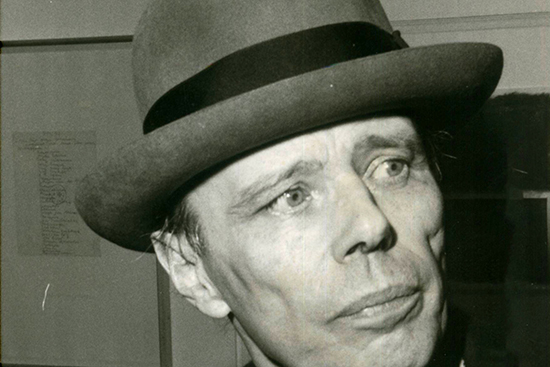 Joseph Beuys was born in 1921 in Krefeld, a city in northwestern Germany near the Dutch border.
He grew up in the nearby towns of Kleve and Rindern, the only child in a middle class, strongly Catholic family.
During his youth he pursued dual interests in the natural sciences and art, and he chose a career in medicine. In 1940 he joined the military, volunteering in order to avoid the draft. He was trained as an aircraft radio operator and combat pilot, and during his years of active duty he was seriously wounded numerous times. At the end of the war he was held in a British prisoner-of-war camp for several months, and returned to Kleve in 1945.
Coming to terms with his involvement in the war was a long process and figures, at least obliquely, in much of his artwork. Beuys often said that his interest in fat and felt as sculptural materials grew out of a wartime experience a plane crash in the Crimea, after which he was rescued by nomadic Tartars who rubbed him with fat and wrapped him in felt to heal and warm his body. While the story appears to have little grounding in real events (Beuys himself downplayed its importance in a 1980 interview), its poetics are strong enough to have made the story one of the most enduring aspects of his mythic biography.
On his return from the war Beuys abandoned his plans for a career in medicine and enrolled in the Düsseldorf Academy of Art to study sculpture. He graduated in 1952, and during the next years focused on drawing he produced thousands during the 1950s alone and reading, ranging freely through philosophy, science, poetry, literature, and the occult. He married in 1959 and two years later, at the age of 40, was appointed to a professorship at his alma mater.

During the early 1960s, Düsseldorf developed into an important center for contemporary art and Beuys became acquainted with the experimental work of artists such as Nam June Paik and the Fluxus group, whose public concerts brought a new fluidity to the boundaries between literature, music, visual art, performance, and everyday life. Their ideas were a catalyst for Beuys own performances, which he called actions, and his evolving ideas about how art could play a wider role in society. He began to publicly exhibit his large-scale sculptures, small objects, drawings, and room installations. He also created numerous actions and began making editioned objects and prints called multiples.
As the decades advanced, his commitment to political reform increased and he was involved in the founding of several activist groups: in 1967, the German Student Party, whose platform included worldwide disarmament and educational reform; in 1970, the Organization for Direct Democracy by Referendum, which proposed increased political power for individuals; and in 1972, the Free International University, which emphasized the creative potential in all human beings and advocated cross-pollination of ideas across disciplines. In 1979 he was one of 500 founding members of the Green Party.
His charismatic presence, his urgent and public calls for reform of all kinds, and his unconventional artistic style (incorporating ritualized movement and sound, and materials such as fat, felt, earth, honey, blood, and even dead animals) gained him international notoriety during these decades, but it also cost him his job. Beuys was dismissed in 1972 from his teaching position over his insistence that admission to the art school be open to anyone who wished to study there.
While he counted debate, discussion, and teaching as part of his expanded definition of art, Beuys also continued to make objects, installations, multiples, and performances. His reputation in the international art world solidified after a 1979 retrospective at New York´s Guggenheim Museum, and he lived the last years of his life at a hectic pace, participating in dozens of exhibitions and traveling widely on behalf of his organizations. Beuys died in 1986 in Düsseldorf. In the subsequent decade his students have carried on his campaign for change, and his ideas and artwork have continued to spark lively debate. 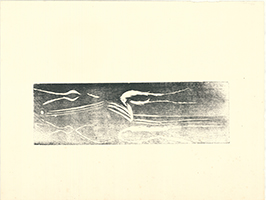 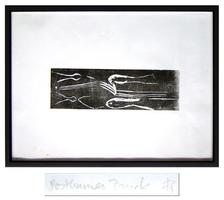 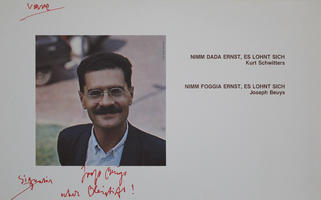 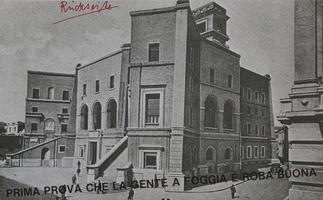 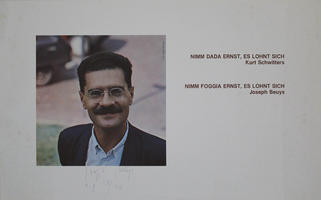 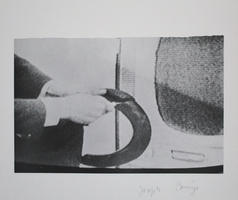 aus sitting in front of your TV 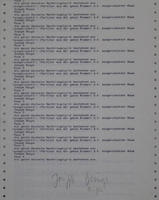 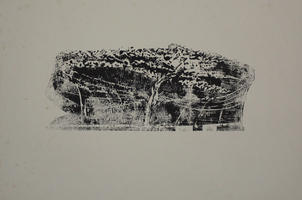 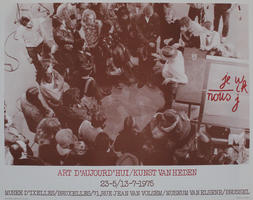 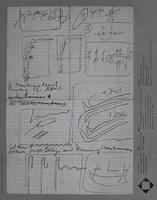 All items by Joseph Beuys
if (isset(